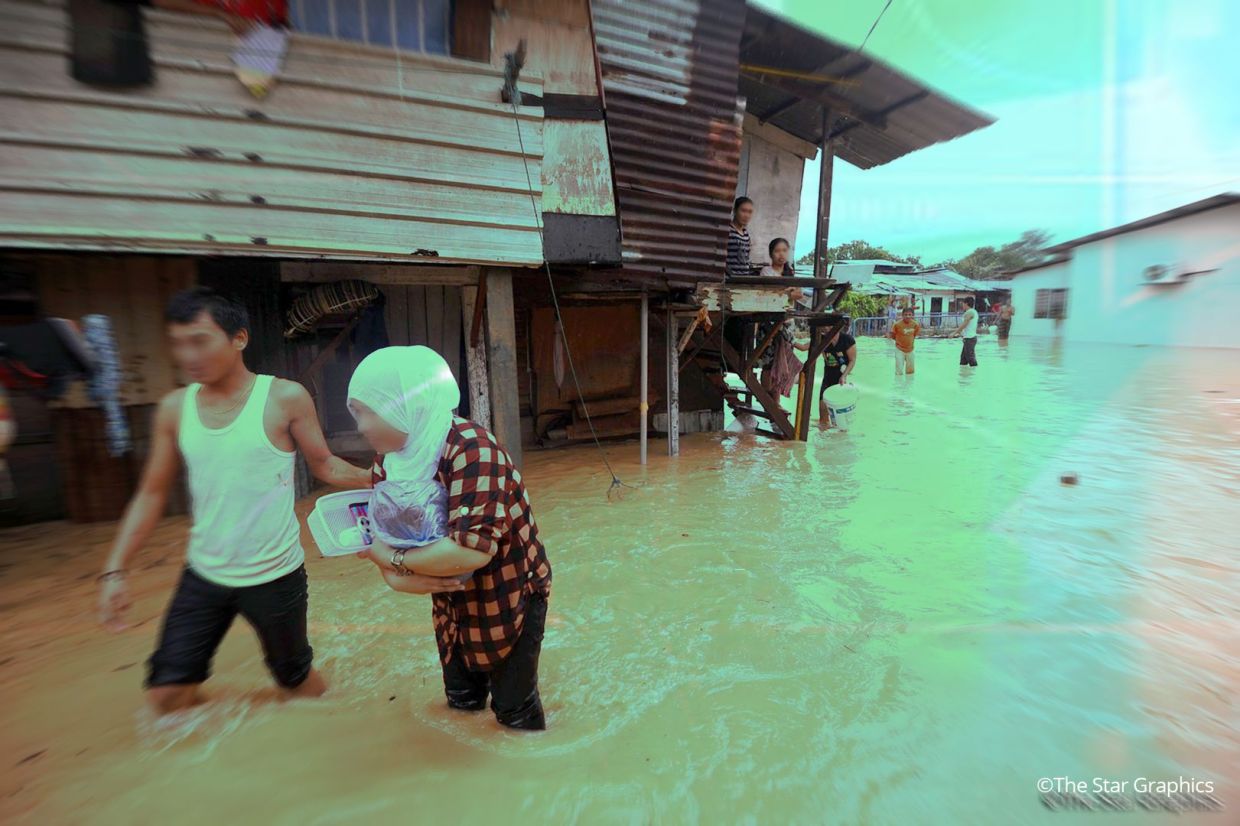 JOHOR BARU: The number of flood victims in Johor continues to rise with the latest figure at more than 5,000 in seven districts on Thursday (Jan 26).

The state Disaster Management Committee said as of 8am, there were 55 temporary flood relief centres currently housing 5,455 victims.

The Malaysia Meteorological Department warned that heavy rain would continue throughout Johor today.

Five river monitoring stations have also recorded water levels above the danger level, with three in Segamat, one in Kluang and one in Kulai.