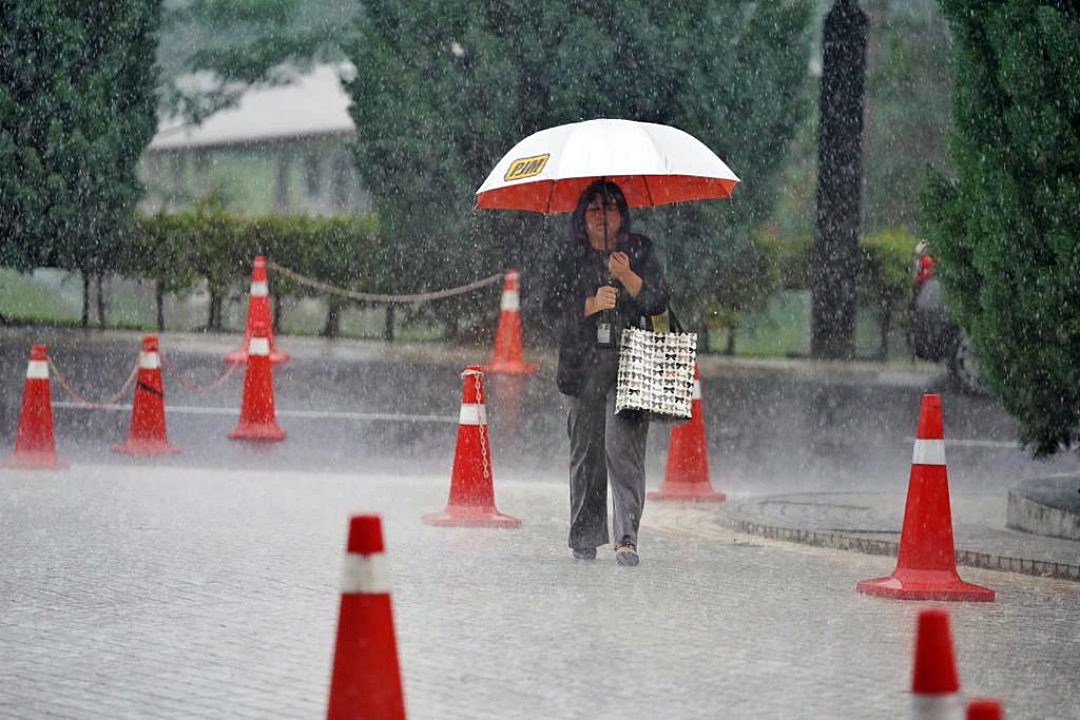 A woman braving the heavy rain in Kuching. – Photo by Chimon Upon

KUALA LUMPUR (Dec 7): The Department of Irrigation and Drainage (DID) has issued a notice of preparedness for possible flash floods within 24 hours in several areas in Sarawak, Perak, Selangor, Johor and Kedah.

The DID said in a statement today that the notice was issued at 5 pm based on the rain forecast information from the Malaysian Meteorological Department (MetMalaysia), the Southeastern Asia-Oceania Flash Flood Guidance System (SAOFFGS) system and the DID flood forecast model that there is a risk of flash floods in several locations in the states involved in the event of heavy rain or thunderstorms.

“This preparedness notice is issued to enable all residents, especially in areas at risk, to be on alert in the event of flash floods for that period,” added the statement.