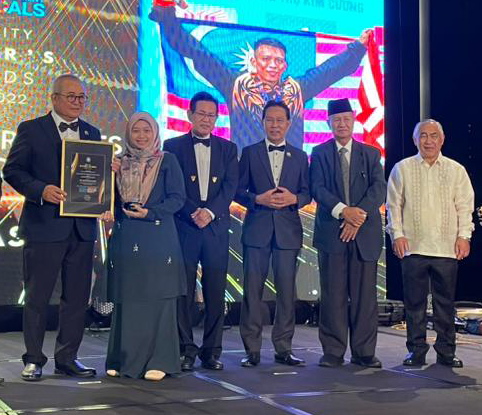 MIRI (Dec 6): The Miri Mayor’s Award serves as a ‘top-up’ motivation for national bodybuilder Azri Asmat Sefri to further up his game.

The 29-year-old hailing from Kampung Pengkalan 1 in Lutong here is the recipient of the award under the ‘Youth, Culture, Arts, Sport Promotion and Talents — Culture and Arts’ category, which was presented during the grand presentation at Pullman Miri Waterfront here on Monday night.

However, Azri was unable to attend the ceremony as he was already in Kuala Lumpur to prepare for the upcoming 13th World Bodybuilding and Physique Sports Championships 2022 which will be staged in Phuket, Thailand.

His wife Norhaziah Rambli accepted the award on his behalf.

When contacted via video-call, Azri said he was speechless when the team from the Miri City Council contacted him about the award. 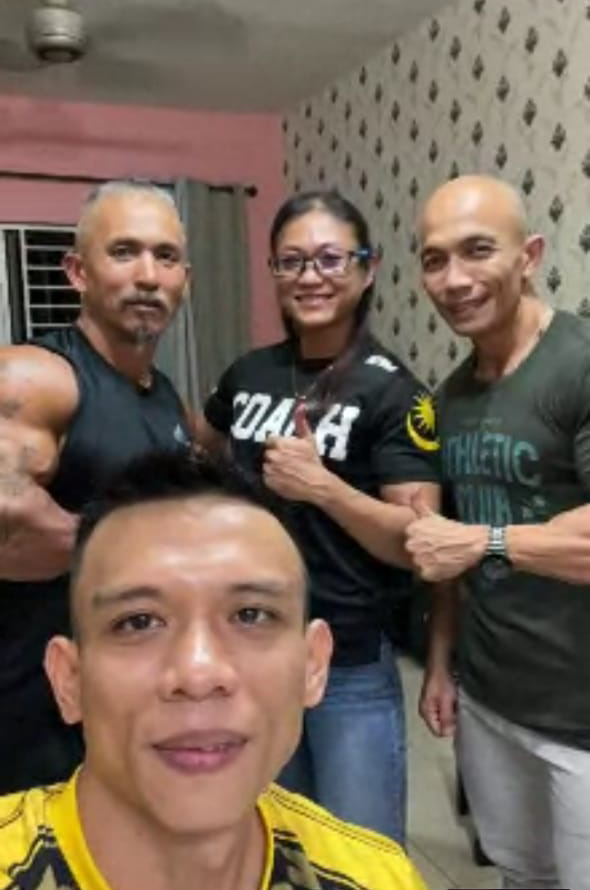 Screengrab shows Azri during the video-call interview. Seen behind him are (from left) Buda, Philomena and Malvern.

“I mean, I have received medals before but never any awards. This recognition really motivates me to do more — and to do better — in this sport.

“It is a bit unfortunate though that I could not attend the awards (ceremony) as I am already in Kuala Lumpur with my ‘seniors’ (fellow Sarawakian bodybuilding athletes) ahead of our trip to Phuket for the world championships.

“Still, I convey my appreciation to the council for this prestigious recognition. I cannot thank you enough,” he said.

Azri is among 14 national athletes — including Buda, Malvern and Philomena — set to compete in Thailand. It will be his first world competition, as previously he competed at regional-level events, namely the SEA Games and Asian championships.

“The preparations for this (world competition) are far different from the previous outings. I’m a bit nervous actually, but I strive to give my best,” he said.

Azri bagged the silver medal from the Men’s 55kg category in the bodybuilding event of the 31st SEA Games held in Hanoi, Vietnam in May this year. He placed behind Mach Pham Van of the hosting country, where the bronze medallist was Kyaw Min Than of Myanmar.

Azri made his bodybuilding debut in the 2013 Malaysia Games, at age 20, and since then, he has been a regular competitor in Mr Miri, Mr Sarawak and Mr Malaysia championships.