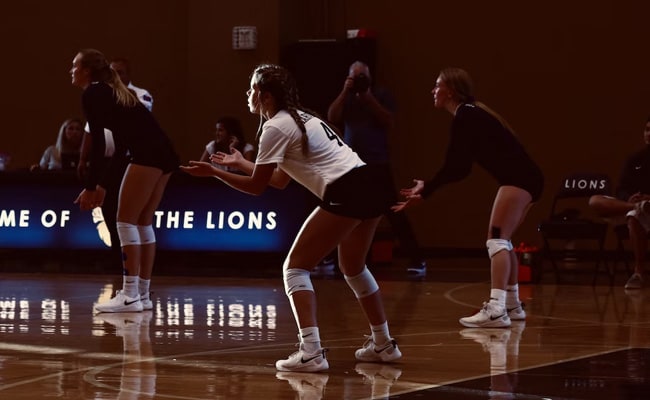 Many users couldn’t help but appreciate the girl’s determination and performance.

Competitiveness in sports is a natural phenomenon. People strive to do better for their teams. Sportspersons are often seen going an extra mile to take a catch or score a goal. Many such examples can be found in Indian cricket as well. However, in a video that is doing the rounds on the internet, a volleyball player pulled off an incredible save during a match.

In the video shared on Reddit, the volleyball match was being played between Houston Cougars and South Dakota Coyotes. As South Dakota spiked the ball, a player from the Houston team reached out to block it, but the ball moved far behind the playing court. Another player from the same team entered the scene, running in full speed behind the court to save the ball back into play, before diving headfirst over a table. As soon as she did that, people rushed to help her and check for her injuries.

Eventually, the Houston volleyball team won against South Dakota in their stellar performance.

Since being shared, the video has 98 percent upvotes. Many users couldn’t help but appreciate the girl’s determination and performance.

“Am I imagining it, or is she the same one that slides in later to make another save?? Damn, girl is committed,” said one user.

“Way more entertaining than the WNBA,” added another person.

A third person said, “Really appreciate the content being upfront and still keep us engaging until the end of the video. What a save!”

“The dedication!” commented another user.

“This team is FIRE!!!! She does two fully committed saves and then the team looks like they go back to fix the table. I knew some friends in HS who did volleyball and they were always covered in bruises. I think I have a better understanding why now. Volleyball players are f*****g badass as hell. Mad respect!!!!!” added a user.

Featured Video Of The Day